What is Unicode or UTF-8

Unicode is a universal character set. This means that the standard defines, in one place, all the characters needed for writing the majority of living languages, punctuation, or other symbols like emojis 😇.

In the past, a common character set was ASCII, which was very limited because there was just 8 bit of information available for a character. This meant that 256 characters can be used. Not enough for a World Wide Web. 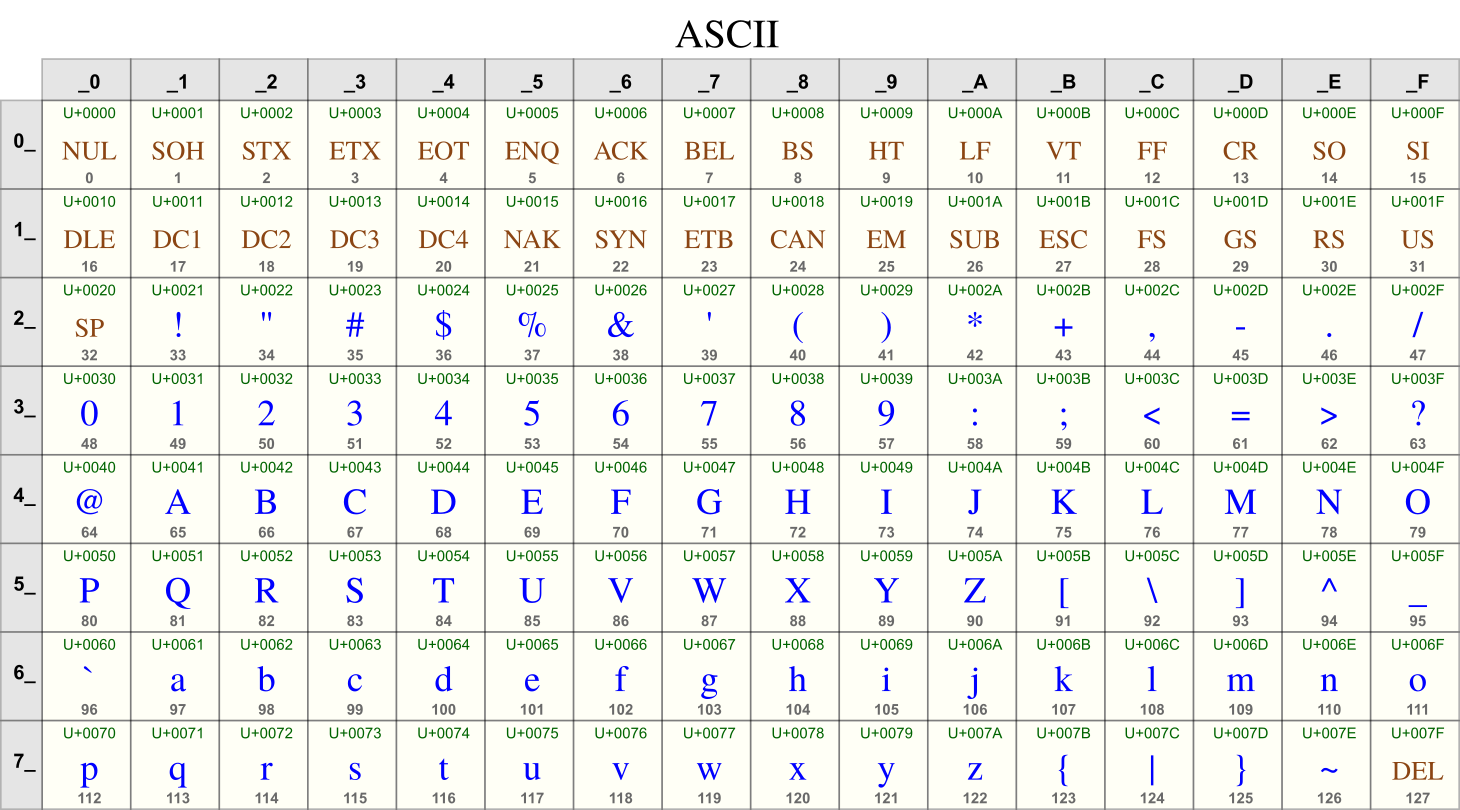 The first 65,536 code point position in the Unicode character set constitute the Basic Multilingual Plane(BMP). It contains a small part of the set but that part is more commonly used. The rest of approximately a million code point positions are referred to as supplementary characters.

UTF-16 uses two bytes for the BMP and four bytes for supplementary characters.

Endianness refers to the ordering of bytes in a word. A big-endian system stores the most significant byte in the word at the smallest memory address.

When in doubt, use UTF-8. It is simpler this way.

In order to know how to interpret a file, a program must contain the file's encoding. Character encoding detection is not a reliable process.

JavaScript source files can have any kind of encoding but the code will be converted ot UTF-16 internally. For data structures usually, UTF-8 is the default.

For more details you can see Nick Gammon's take on the subject.